ZeroDays CTF is one of the best-known competitions in Ireland, as well as one of the largest in-person capture the flag events in the world.

This CTF was based around Father Ted a popular TV show in Ireland. All challenges were based around the church and the theme of the TV show and had challenges that included Physical, Forensics, Exploitation, and more types of challenges.

For me, one of my favorite challenges I found during the event was the locating of a sunken ship. This challenge was a photo of a shipped crashed on an island surrounded by sheep, It was also the same ship that is shown in the opening of the TV show.

This challenge was solved by first using fact finders to find the name of the ship used in the intro to the TV show. Once the ship was found, the next step was to find, the sunken shipped database for the region and search up where the ship was listed as crashed. Then using some trigonometry, satellite imagery the next step was finding the GPS of the photographer.

Although looking back I could have just checked Metadata… 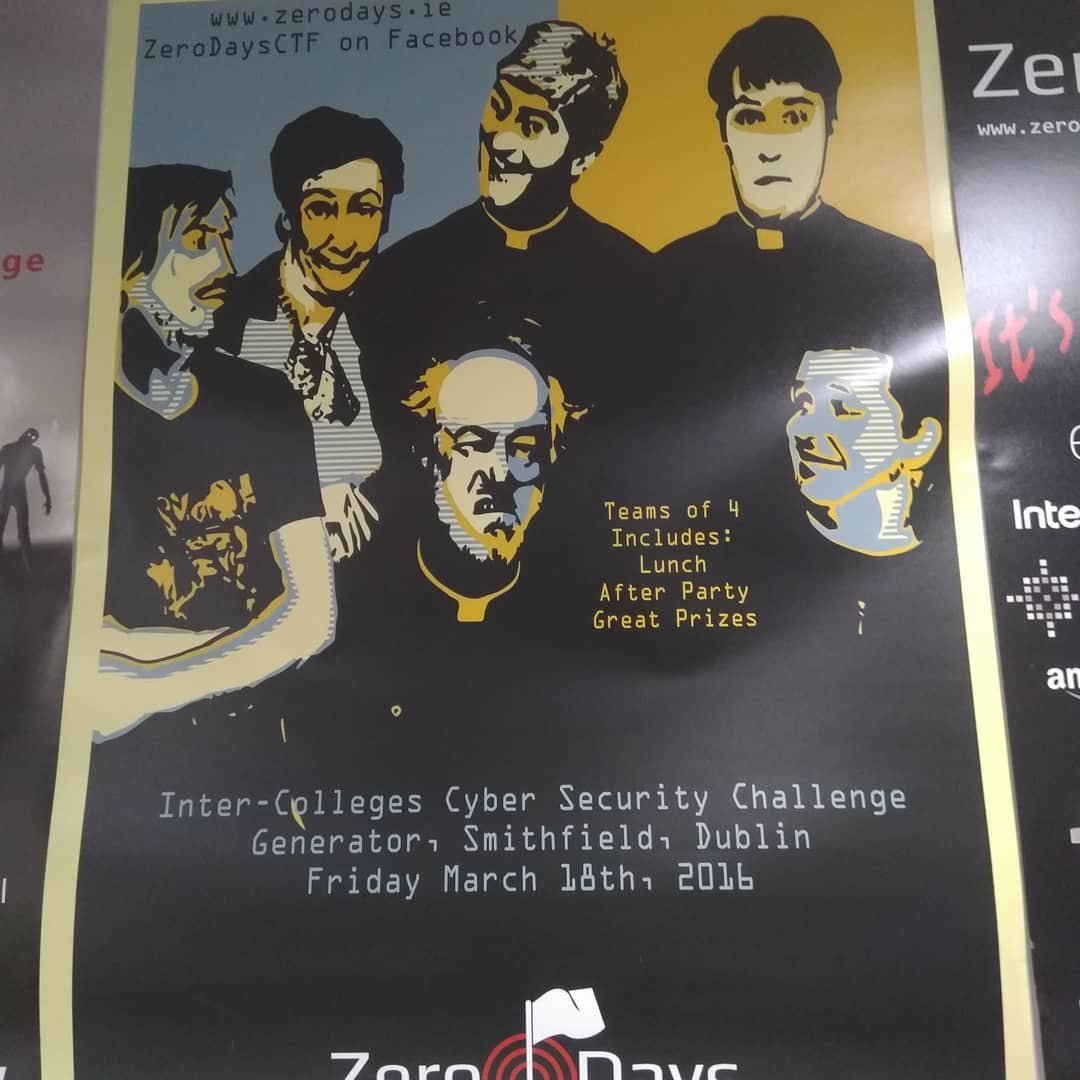